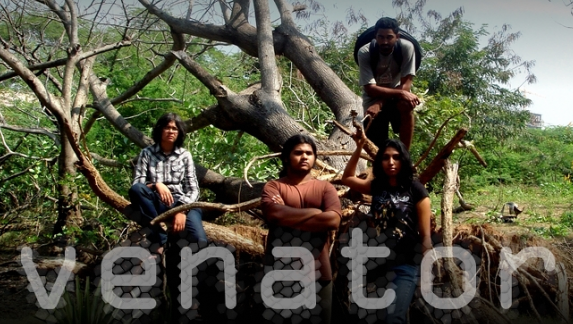 Venator is a Groove / Death Metal band from Bangalore, formed somewhere in 2007. After a particularly eventful college performance after which the Akshaya and Amar decided to jam. Friends since school Nikhila shared a similar idea and picked up the bass. Each band member are influenced by different sub-genres of metal, brings an entirely different point of creativity.