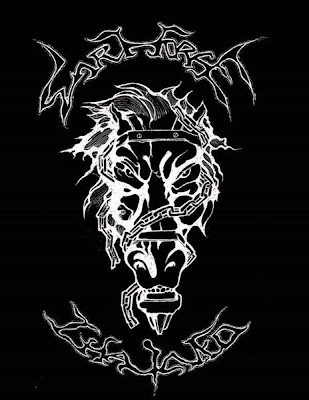 Warhorse Chained (widely known as WHC) is a Death Metal band from Cochin (Kerala), formed in early 2004. Covering bands like Obituary and Sepultura, they were the first extreme metal band in their home city of Cochin and spearheaded the beginning of the local metal scene. In 2006, the band went into a hiatus due to the lack of a permanent jam room. The silence finally ended in 2007, with new line-up the band decided on a heavier sound and started working on original music. A few killer gigs in different cities in Kerala gathered them an underground cult following. In 2011 the band supported Putrid Pile in Bangalore, performed at Sounds of Underground in Trivandrum and Wormrot in Bangalore in April 2012. Warhorse Chained is considered to be one of the pioneers of extreme metal in Kerala and has made its mark in the metal scene across the country.

1. Prisoner of War  Stream
2. Devoid of Compassion
3. Lost In Transition
4. Suicide Machine
5. Bleed For The Revolution