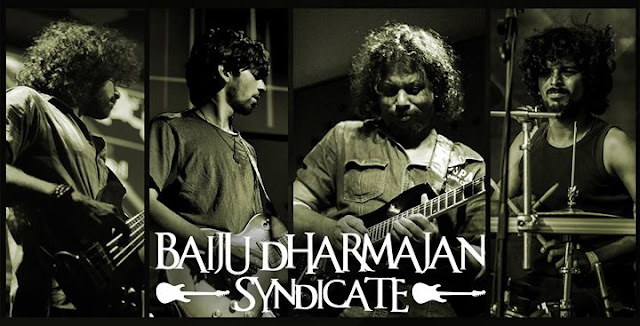 Baiju Dharmajan Syndicate is a Carnatik Rock band from Vypin Islands (Cochin), Kerala by Baiju Dharmajan. Baiju is widely recognized for his unique ability of seamlessly  fusing overtones of Carnatic music with rock. In 90's, he first started playing for a band named "Instinct" and after that 'Wrenz' (now known as Wrenz United) and a fusion-Rock band 'Atmaa' formed by ex Wrenz drummer Nirmal. After that he joined a Rock band Motherjane under which two full length album titled "Insane Biography" & 'Muktub' was released and he left the band on 2010. In 2010, he have produced an EP titled 'Kaav' by an Instrumental Progressive Rock band Kaav. He is also a part of multiple projects with different musicians as well as concentration on music production for upcoming bands. He is a part of 'Kashmir' Confounded with Sanjeev Thomas and other initiatives with prolific musicians such as John Antony of the jazz fusion experimental band 'Karnatrix' and 'Bluefire' - a brainchild of classical violinist Harikumar Sivan. Voted twice as the best guitarist at the Jack Daniel’s Awards, There are elements in Baiju’s guitar playing that satisfies every one among the followers of Metal, Hard Rock, Fusion, Progressive, Blues or highly technical variants of rock music. The effortlessness displayed while making his guitar weep through the soul stirring patterns has enabled him to etch a stature that has resulted him getting more occupied that ever before. 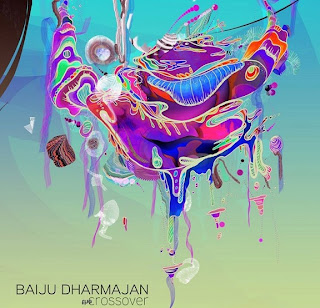