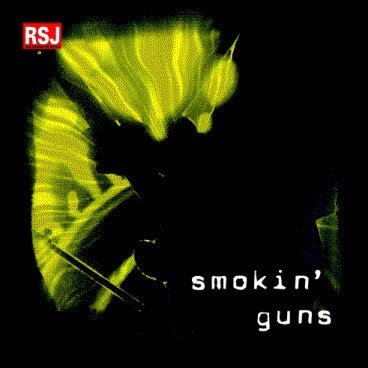 "Smokin' Guns" is an album produced by RSJ Records in mid 90's consisting all the greatest guitarists of India. The music is raw, hard, and bites the hell outta any hi-end system, only because the people who've created it are the finest rock guitarists India has. Traces of Vai, Satriani and Schon creep out of the woodwork into the axes of Mahesh Tinaikar, Christy Samuel, Paresh Kamath and Edwin Fernandes as they shred every last fret to kingdom come. Rudy Wallang, AJ and Derek Julien bring out the soul of their guitars, and their tracks will serve as a source of inspiration to any guitar-wielder, professional or wannabe. As the warning on the label says, this recording is intended to be played at neighbour-threatening volume.