GingerFeet is a Funk-Alternative Rock band based in Kolkata, formed in late 2012. The members of the band are from Darjeeling, Kurseong, Sikkim and Kolkata. The sound of the band is very fresh and unique and promises to be something very new in the present global music scene. The band is formed as a culmination of three very well known bands - Cynical Recess (Kolkata), Still Waters (Gangtok) and DamagEra (Darjeeling). 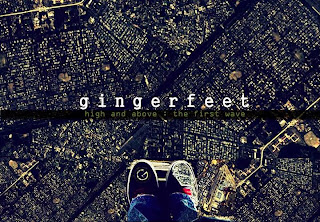