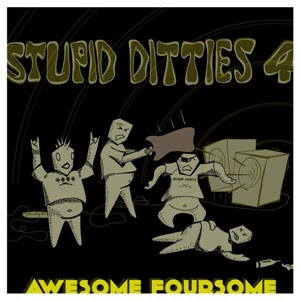 Stupid Ditties 4 : Awesome Foursome is the fourth installment of this premier compilation series released on 31st October, 2010 in Mumbai  & Delhi and features 20 of the best and most deserving names in the independent music scene in India. The compilation is entirely self-produced by Mumbai-based ennui.BOMB, who has been involved with local Indian Indie since 2004 as artist managers (Medusa, Tripwire, Split, etc.), show organizers and scene promoters.